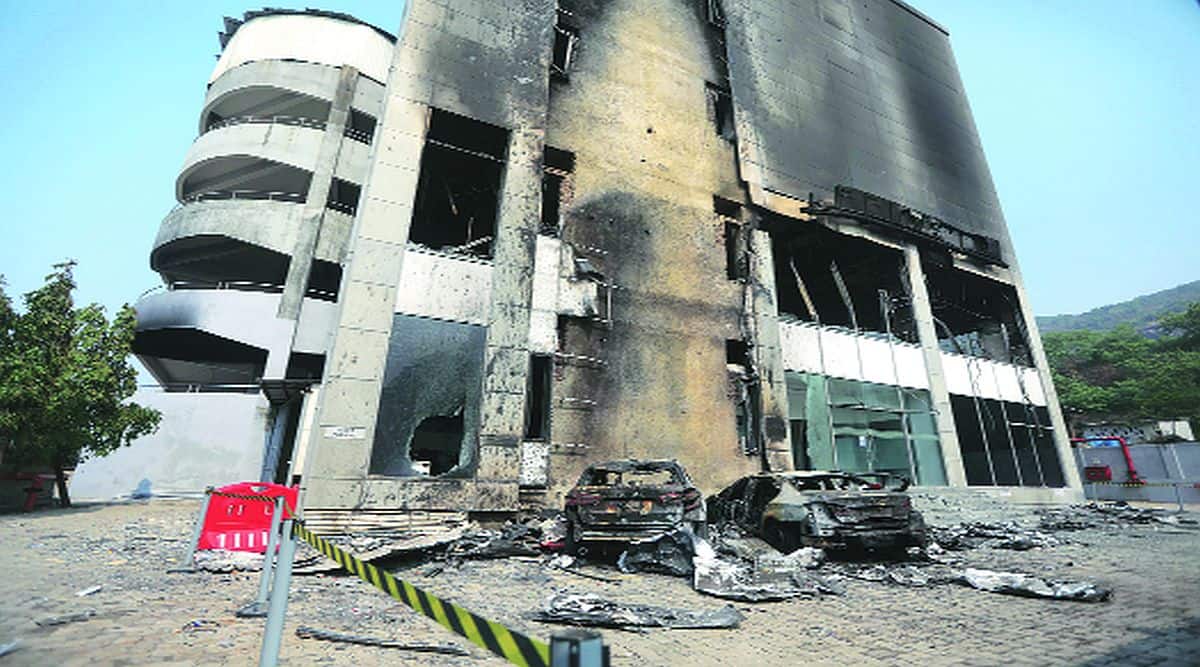 Fire at car service center in Turbhe; Large damage due to non-handling despite having sophisticated fire fighting system

Navi Mumbai: More than 25 luxury cars like BMW and Rolls Royce were gutted in a fire that broke out at the car service center of Turbhe MIDC on Wednesday morning. The state-of-the-art firefighting system was installed at the service center, which handles car maintenance worth crores of rupees. However, due to her mishandling, the fire could not be brought under control in time and crores of rupees were lost.

Infinity is the official service center of BMW at D Block Plot No. D20 / 7 in Turbhe MIDC. However, maintenance and repair work of other expensive foreign vehicles is also done here. The MIDC fire brigade received a report that the building caught fire around 5 am on Wednesday. However, the fire was raging till the fire brigade reached the spot. So the firefighters had to work tirelessly for four hours to bring the fire under control.

There were about 45 expensive cars in the building when the fire broke out. The fire completely destroyed the showroom on the ground floor and 25 BMW cars on the first floor. One Cooper car and another were also damaged. There were about 18 cars in the basement below the showroom. However, they did not catch fire. Upstairs car parts and materials were also badly damaged. The exact cause of the fire is yet to be ascertained, said fire officer Suresh Golhar.

The state-of-the-art firefighting system was installed in this expensive showroom. This system is operated automatically and manually. However, when the fire broke out, the system could not be operated as it was in manual mode. Also, the batteries of the generator used for spraying water had run out, according to an inspection by the Turbhe fire brigade.