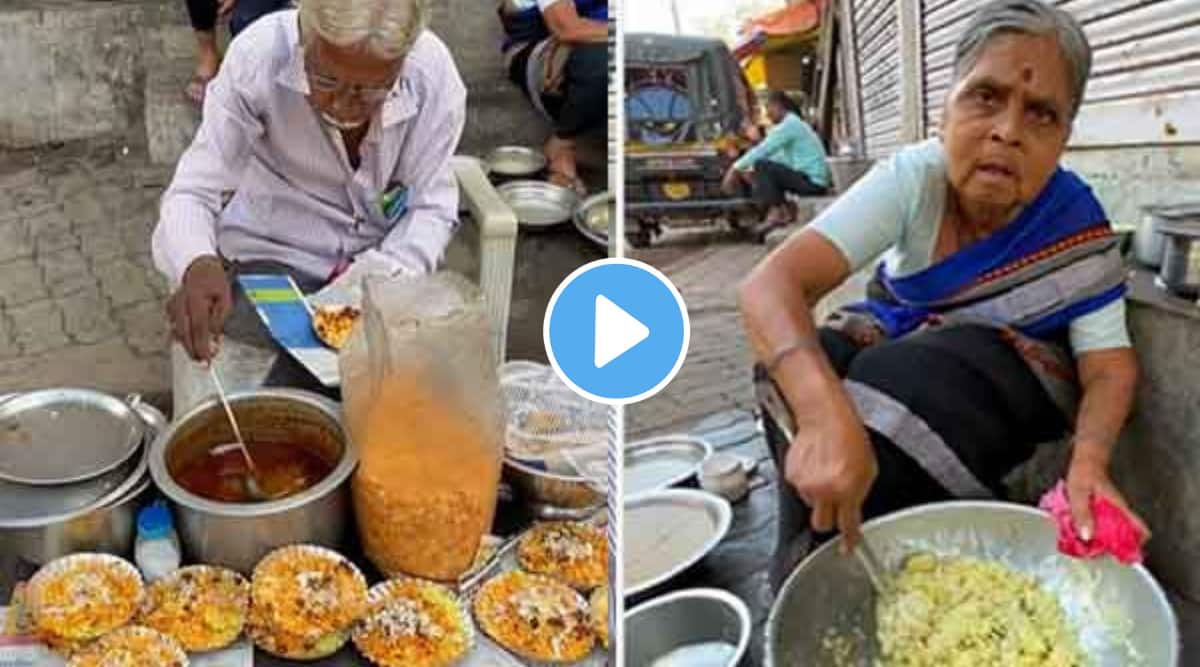 Social media is a platform where many videos are posted every day, some of which go viral. Today we are going to tell you about one such viral video which will make your eyes water. In fact, a video has gone viral on social media showing an elderly couple selling snacks.

This video is a food blog video showing this elderly couple. These old couples sell you delicious pohe for only 10 rupees. Seeing the hard work and love of this old couple will make your eyes water too. Looking at the old couple in Zindagi Se Jung’s video, who is running for their lives, their age cannot be estimated. He is a 68-year-old man who always sells Pohe to people with a smile on his face. At this age, the couple is living a life of honest struggle for a two-course meal. Netizens are appreciating the honesty and hard work of this elderly couple.

(Read also: Navradeva reached the girl’s house with a procession for the second marriage, saw the first wife standing in front, then .. )

Work starts at 6 in the morning

The video shows the couple being so poor that they don’t even have a shop. In front of Pandit Nehru Convent, Tandapeth, Nagpur, the elderly couple prepares and sells on the side of the road at 6 in the morning. People start coming to them in the morning.

There was no money to pay the rent

You can guess from the condition of this elderly couple that there was a time when even the rent of the house could not be paid. So even at this age, they are selling pohe. These couples are spending their lives helping each other. Seeing them, today’s generation should learn that no matter what the time, they should never leave each other’s company.

(Read also: The train hit the car at the crossing but the female driver did not even get a scratch! Photo of the shocking event Viral )

(Read also: The woman found something in the meal that you will go crazy watching ID VIDEO! )

The pohya dishes sold by the elderly couple are made fresh every day. So for making pohe, these elderly couples get up every morning at 4 am so that they can make all the preparations for making pohe. Thus netizens are saluting the hard work of seniors. People are sharing this video hugely on social media. So that people from all corners of Nagpur can help them.

The post The 68-year-old couple was forced to work due to circumstances, and netizens became emotional after seeing the honesty and hard work. appeared first on Loksatta.

After meeting Priyanka Gandhi, Raut says that .. in Congress and Shiv Sena ..