Home India News Construction mafia behind the attack on me! 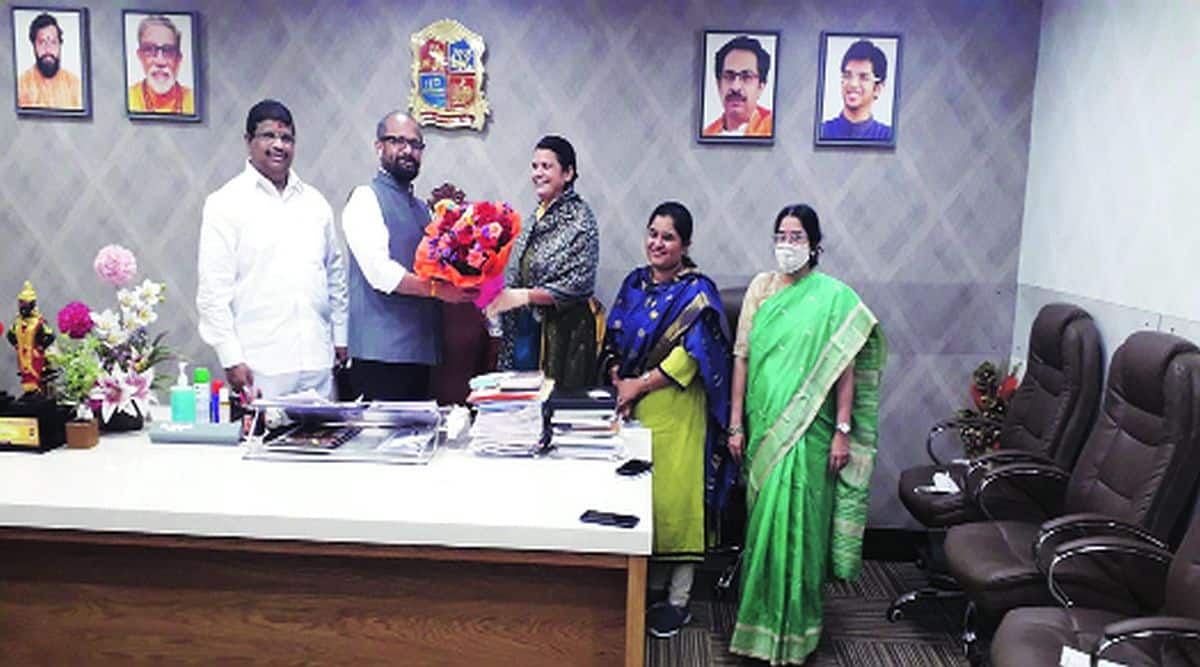 Thane: ‘The attack on me by peddlers was just an excuse. The action I took against the illegal constructions going on in the city was overwhelming to many. Therefore, mafias carrying out illegal constructions may be behind my attack, ‘claimed Kalpita Pimple, Assistant Commissioner, Thane Municipal Corporation, while talking to Loksatta. Kalpita Pimple, who lost two fingers of her left hand in a knife attack by peddlers, returned to Thane Municipal Corporation headquarters after three months of treatment.

Losing two fingers on your left hand can have a devastating effect on your right hand. The right hand is still shaking, Pimple said. He also told Loksatta that he had to live a paralyzed life for three months.

Kalpita Pimple, Assistant Commissioner, Municipal Corporation’s Majiwada-Manpada Ward Committee and her bodyguard were stabbed by a peddler on August 30 in Kasarawadwali area of ​​Ghodbunder. Two fingers of Pimple’s left hand were broken in the attack. Both his hands were paralyzed due to broken fingers of his left hand. After three months of treatment and rest, Pigale returned to work at the NMC headquarters on Wednesday.

Loksatta interacted with Pimple on occasion. ‘The peddler’s attack on me was just an excuse. I still claim that the construction mafia is behind this attack, ‘reiterated Pimple. It should be understood that municipal officials are not against peddlers. She also said that action would be taken against those peddlers who violated the rules and it should be done.

“Thanks to the efforts of doctors at Jupiter Hospital, my condition has improved and my right hand is now 75 per cent functional,” said Kalpita Pimple. However, doctors have told him that it will take another two to three months for the left arm to heal. He also said that artificial fingers would be replaced with broken ones. Kalpita Pimple’s right hand started working and she was rushed to the hospital. However, as he has not been fully treated, he is not currently assigned to any department. They are also advised to rest.

‘For some time after the attack, I had lost both my hands. I was completely paralyzed. Someone else had to pay for the meal. My older brother and sister-in-law took great care of me. My 12th class son Veda used to help me in every possible way from asking questions. My friend and municipal officials Ashwini Waghmale, Mohini Sasane, Pranali Ghonge also helped me during this time. These three helped me to lift my spirits. Mayor Naresh Mhaske and Commissioner Bipin Sharma were inquiring about my condition from time to time, ‘said Pimple.

The post Construction mafia behind the attack on me! appeared first on Loksatta.