Home World ‘Ha’ is by far the clearest photo of the sun, claims the... 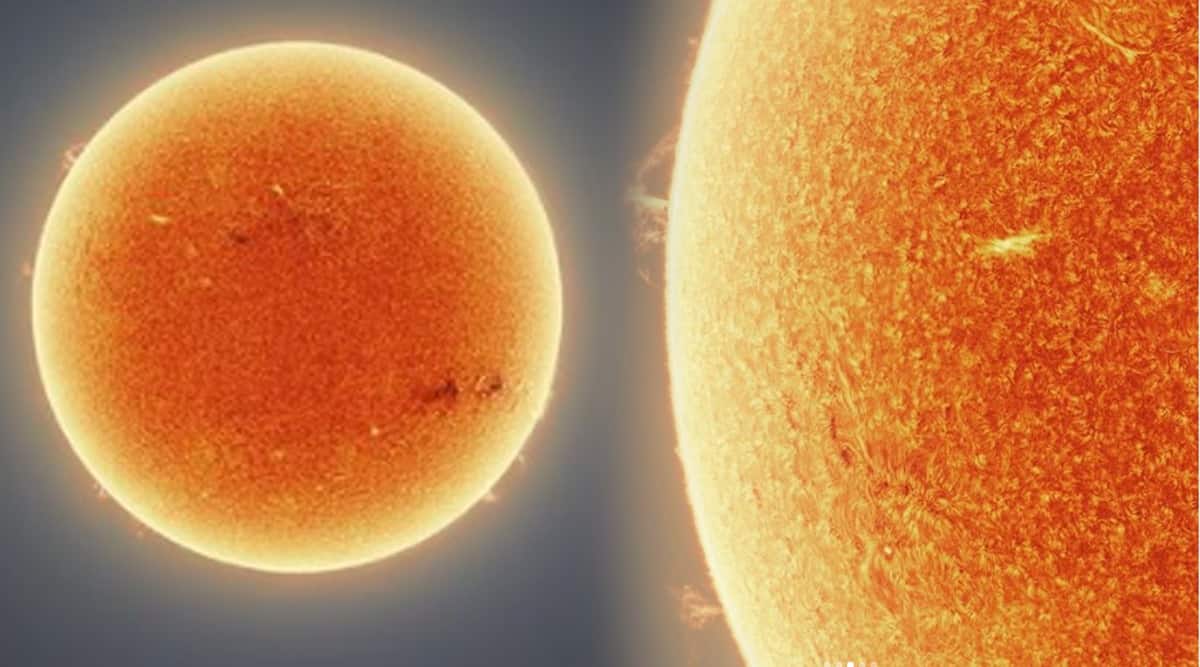 Andrew McCarthy, an American astrophotographer, shared some photos of the sun. McCarthy claims that these photos are the most detailed and clear of all the photos he has taken of the sun so far. He posted the photos on his Instagram account @ cosmic-background. Andrew has used more than 1.5 million different photographs to create this image of the largest star in the solar system. They have taken all these photos in a unique way of photography. The last of these photos is about 300 megapixels in size.

All photos taken by McCarthy can be seen in the last image of 300 megapixels. This photo is 30 times larger than a normal 10 megapixel camera photo. In its close-up view, the mysterious dark sunspot can be seen very closely. Previously, only select photographs of the sun showed dark spots and flames on its surface.

These black spots on the surface of the sun are not actually black. The very powerful rays emanating from these places appear black due to the photographic process. The process of drawing such a picture of the sun is very difficult. The photographer has to use special binoculars with two filters to prevent being blinded by the intense rays of the sun.

After taking the photo Andrew McCarthy The reaction of ..

The post ‘Ha’ is by far the clearest photo of the sun, claims the American astrophotographer; Did you see appeared first on Loksatta.