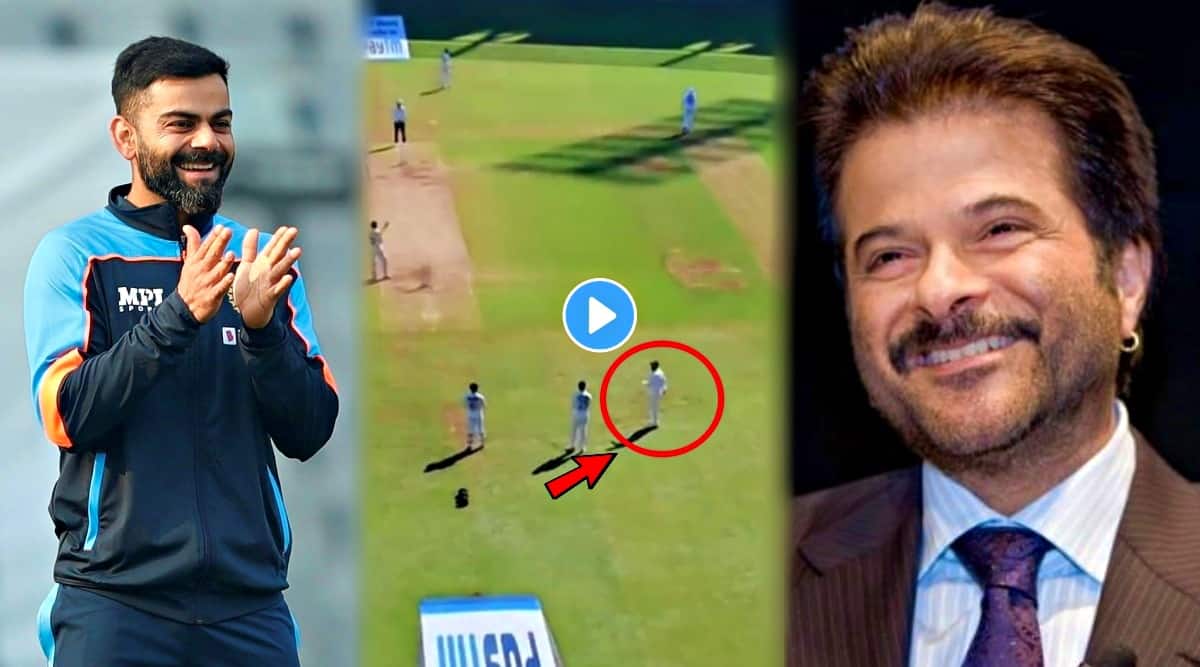 On the strength of superb bowling and batting Virat KohliThe Indian team defeated New Zealand by 372 runs in the Mumbai Test and won the series 1-0. On the fourth day, India took the remaining five wickets of the Kiwis in the first hour to record a big victory. Throughout the match, Virat was seen in a very good mood, where he was seen having fun with the cameraman, sometimes even dancing at the request of the spectators.

A video related to Virat is going viral, in which Virat is seen dancing while fielding on the song ‘One to Ka Four’ from the Bollywood movie ‘Ram Lakhan’. What is special is that Virat is dancing as per the demand of the audience. This is not the first time that Virat has entertained the audience with his dance on the field. Virat has been seen dancing many times before.

The post IND vs NZ: One to Four ..! Virat Kohli started dancing in the LIVE match as soon as the audience started shouting; Watch VIDEO appeared first on Loksatta.