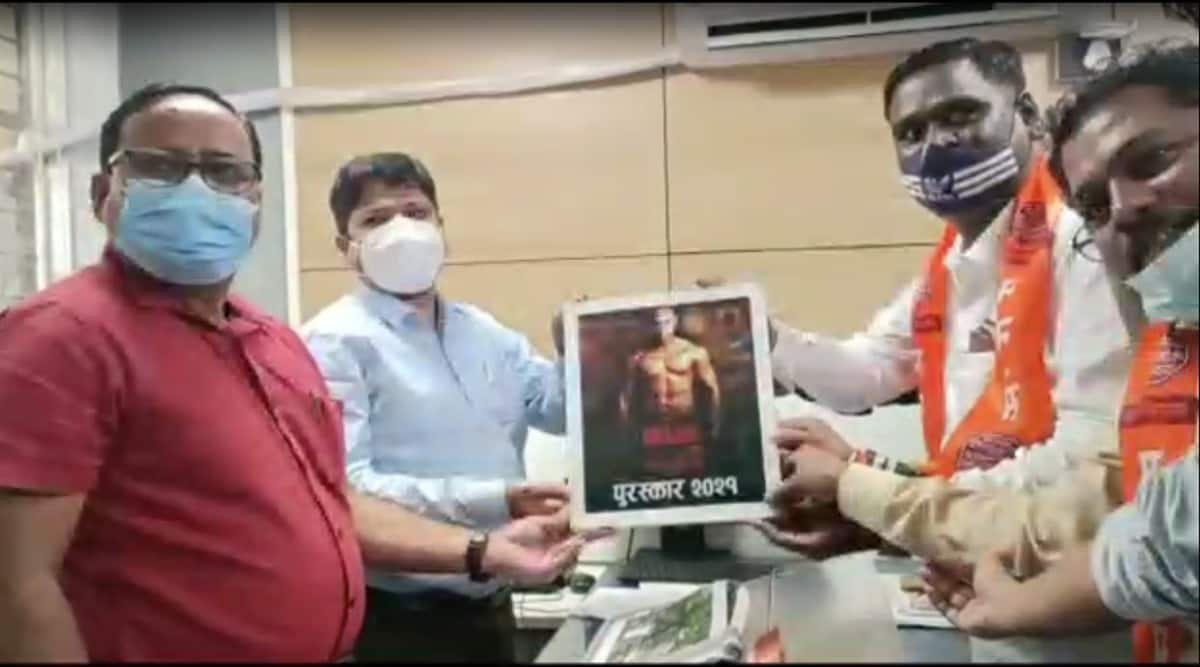 Maharashtra Navnirman Sena and the agitation being carried out by them is always a topic of discussion. Even now, MNS is in the spotlight due to such a unique role. He has given Ghajini award to the officials of the corporation reminding them of their work. What exactly is the case? Learn

Navi Mumbai Municipal Corporation has constructed a bridge on Ghansoli Nala at a cost of lakhs of rupees for the citizens of Sector 6 and 7 area in Ghansoli Colony. But this work is half done. Saying that the corporation has forgotten to complete the rest of the work of this bridge, MNS today organized a symbolic agitation by giving Ghajini 2021 award to the concerned officials.

In this regard, Sandeep Galugade, City Organizer, MNS Road Establishment Department, said that the Corporation has spent crores of rupees for the development of Ghansoli division, through which it has done many development works, but only a few months ago, the Corporation had built a bridge over Ghansoli Nala to connect Ghansoli Sector 6 and 7. The corporation has forgotten about the work of that bridge. This place is now forested. There are no street lights, so there is an empire of Taliram and Garduli. Due to the negativity of the garden department, only grass and broken trees are being found in the area. Broken branches are lying on the road while coming and going. The sidewalks also look dilapidated due to poor quality work, along with an empire of dirt and garbage.

In two days, the Municipal Corporation should conduct a direct joint tour of this area with MNS, it is said in the statement given by MNS. In the next 15 days, Navi Mumbai Municipal Corporation has not only developed the entire area in a clean and well-equipped manner for the convenience of the citizens, but MNS has also given a warning to intensify the agitation.