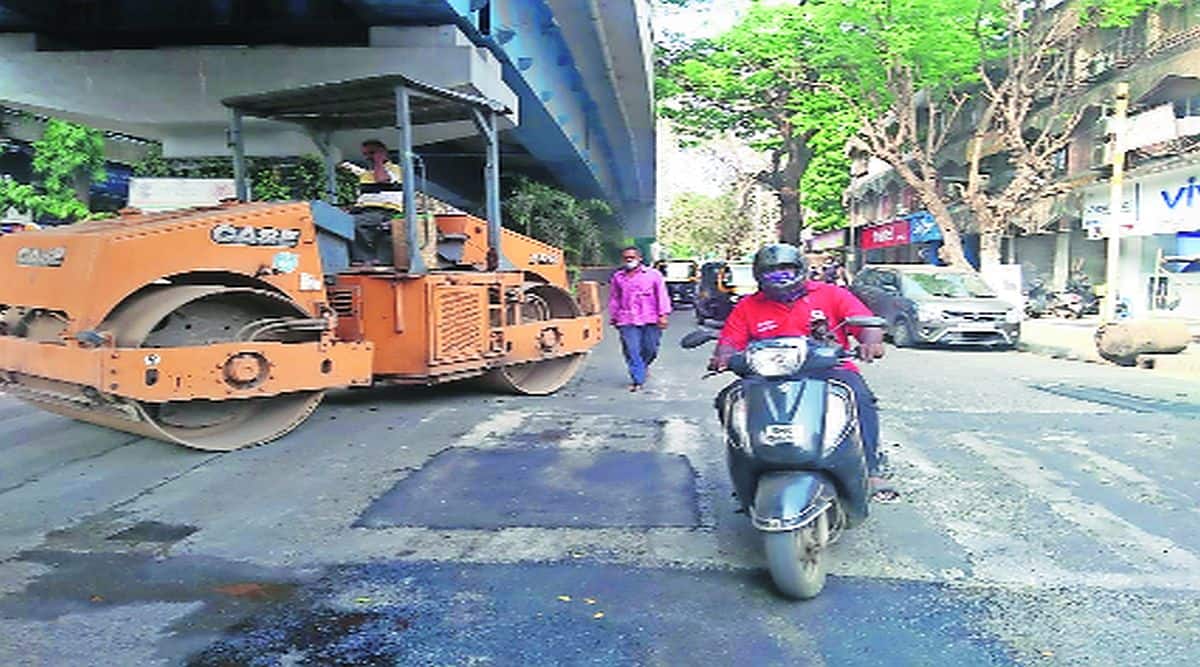 Thane: The potholes in the municipal area as well as on the main roads were dug up again due to unseasonal rains last week. So, Thanekar had to travel through the pits as the work of filling the pits was not done in some places. As a result, the municipal administration has started filling up the pits in the city for the last two days. Road ditches are being filled with asphalt.

Roads in the city were in poor condition during this year’s monsoon. There were potholes all over the city streets. Municipal administration is being criticized on the issue of pits. After this, the work of filling the pit was done by the municipal administration. The pits were filled with the help of radar rods. But when it rained, the ditches were dug.

Due to incessant rains, it was not possible to fill the pits with the help of asphalt. As soon as the rain stopped, the municipality started filling the pits with the help of asphalt. The work was interrupted again by rain. As soon as the rains stopped completely, the municipality resumed the work of filling the pits in many places in the city. The pits were filled with asphalt in many places. So, in some places, pit filling work was not done. However, due to unseasonal rains last week, potholes were dug up again.

In the last two days, the municipal administration has started filling up the pits in the city again. When contacted, Municipal Corporation Municipal Engineer Arjun Ahire said that the work of filling the pits was carried out on a war footing. He said that potholes have been filled on Gokhale Road, Balkum and various parts of the city and work is underway to fill the potholes on the service road near Cadbury Junction.