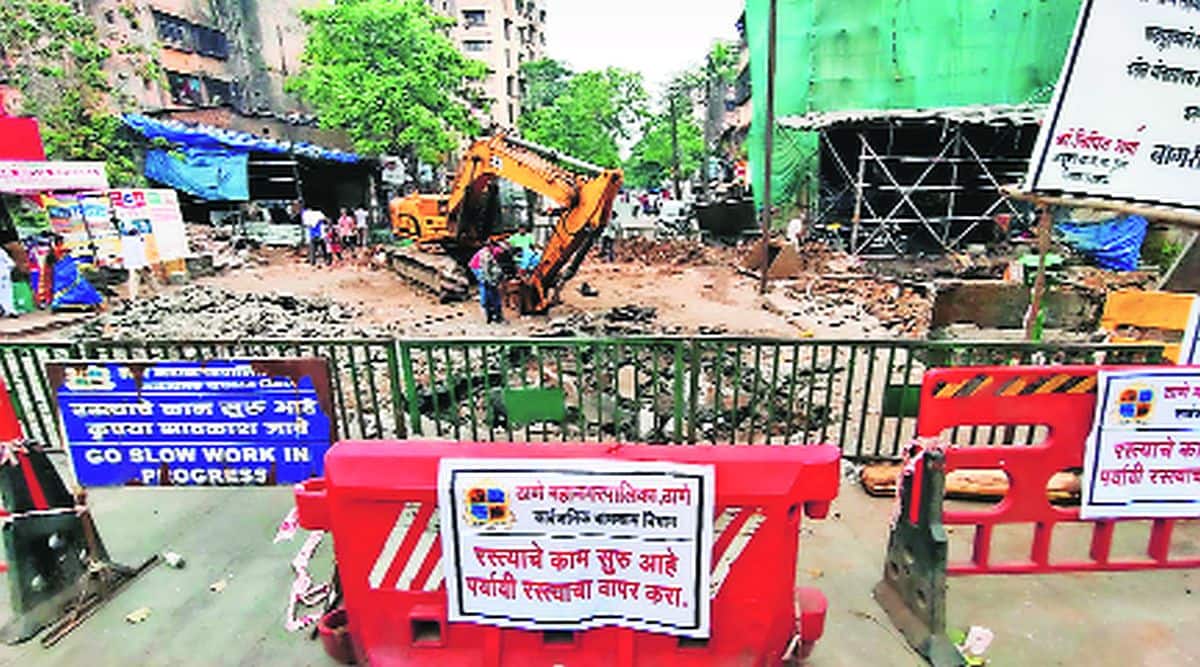 Arbitrary due to road works at Savarkarnagar; RTO in Thane

Thane: Even though the price hike restrictions imposed by rickshaw pullers in Thane during the Corona period have been relaxed, arbitrariness is being maintained. Due to the road work started at Savarkarnagar in Thane, the self-proclaimed fare hike by the rickshaw pullers has caused a strong reaction from the commuters.

The Municipal Corporation undertook the work of repairing the dangerous culvert on the road in Savarkarnagar area of ​​Wagle Estate from Tuesday. The road here was paved a few days ago. Due to this work, the road from Savarkar to Yashodhannagar has been completely closed for travel. As a result, all vehicles have to travel to the station area via Indira Nagar or Cadbury Junction. The rickshaw pullers on Lokmanya Nagar and Yashodhan Nagar routes have increased the share fare as they have to take a big detour. No permission has been sought from the RTO or the concerned agencies for raising the prices. We suffer because we have to make turns. The reason given is that there is no alternative but inflation. Passengers are asking what is the legal basis for this type. TMT buses plying from this route towards Lokmanya Nagar Depot have also been diverted to Indiranagar. Therefore, passengers from Savarkarnagar and Yashodhannagar have to reach Lokmanya Nagar bus depot by pipe to catch the bus.

The road on the nala near Lokmanya Nagar, Yashodhan Nagar, Indiranagar, Savarkarnagar, which is considered important for traffic, was eroded a few days ago. The work of this road was started immediately by the Municipal Corporation. As the culvert on this road became dangerous, the Municipal Corporation undertook the reconstruction work. Therefore, the road from Savarkar to Yashodhan has been completely closed for traffic. Therefore, all vehicles in this area have to travel via Indiranagar or Cadbury Junction. Sharing rickshaw drivers traveling from this area to the station area also have to take a big detour to reach Thane station, so they have increased the fare of shared rickshaws. The fare hike is self-proclaimed and rickshaw pullers are saying that the hike will be levied till the road is opened for traffic. The fare from Yashodhannagar to Thane station has been increased by Rs. 5 and at present Rs. 25 per passenger is being charged.

In a month, the price of CNG has gone up by more than Rs 6 per kg. Due to this road work, rickshaw pullers have to take a big detour to reach Thane station. This has led to an increase in sharing fares as it consumes more time and fuel. These rates will be revised as soon as the Savarkarnagar road is opened for traffic.

Rickshaw drivers have self-proclaimed fare hike due to road works started at Savarkarnagar in Thane. On the route from Yashodhannagar to Thane station, a sharing rickshaw driver was charging Rs. 20 per passenger. At present, Rs 25 per passenger is being charged.