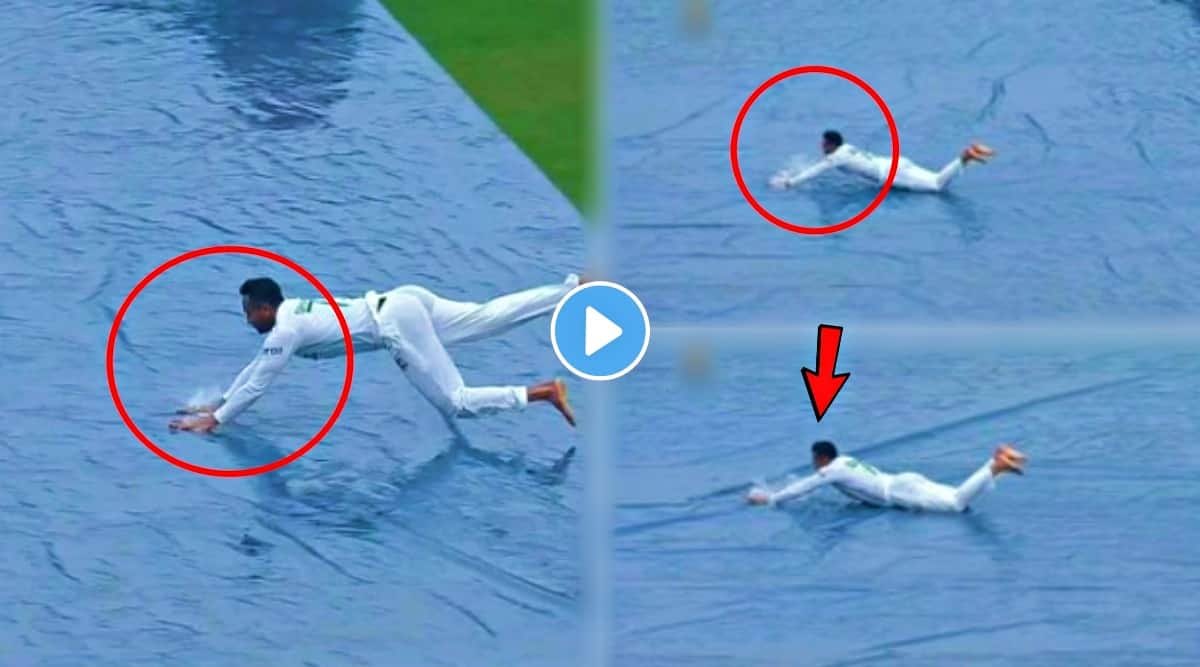 The second day of the second Test between Pakistan and Bangladesh (PAKvsBAN) in Dhaka was marred by rain, after which the spectators on the field looked very disappointed, but Bangladesh’s great all-rounder Shakib Al Hasan did the entertainment. The spectators had been expecting the rain to stop and the match to start, but it was officially announced that no more games would be played on the day at 3 p.m.

But Shakib did not let the spectators on the field be disappointed. In the filled water, Shakib delighted the audience by sliding the water like a child. Shakib enjoyed the water slide while jumping on the covers thrown on the pitch. The video of his action is going viral on social media.

Also read – PHOTOS: Today is the ‘birthday’ of 5 cricketers of Team India, not one or two; See who they are

On the second day of the match, only 6.2 overs were played and 27 runs were scored. Pakistan won the toss and elected to bat first. Pakistan have so far scored 188 runs for the loss of 2 wickets in 63.2 overs. Azhar Ali and skipper Babar Azam are unbeaten, with Babar Azam scoring 71 off 113 balls. Pakistan are on a tour of Bangladesh where they lost 3-0 in the T20 series. In the first Test too, Pakistan defeated Bangladesh by 8 wickets.

The post VIDEO: Dil to bachcha hai ji ..! ‘Asa’ type done by the great cricketer of Bangladesh in the rain water; Ran into the field appeared first on Loksatta.