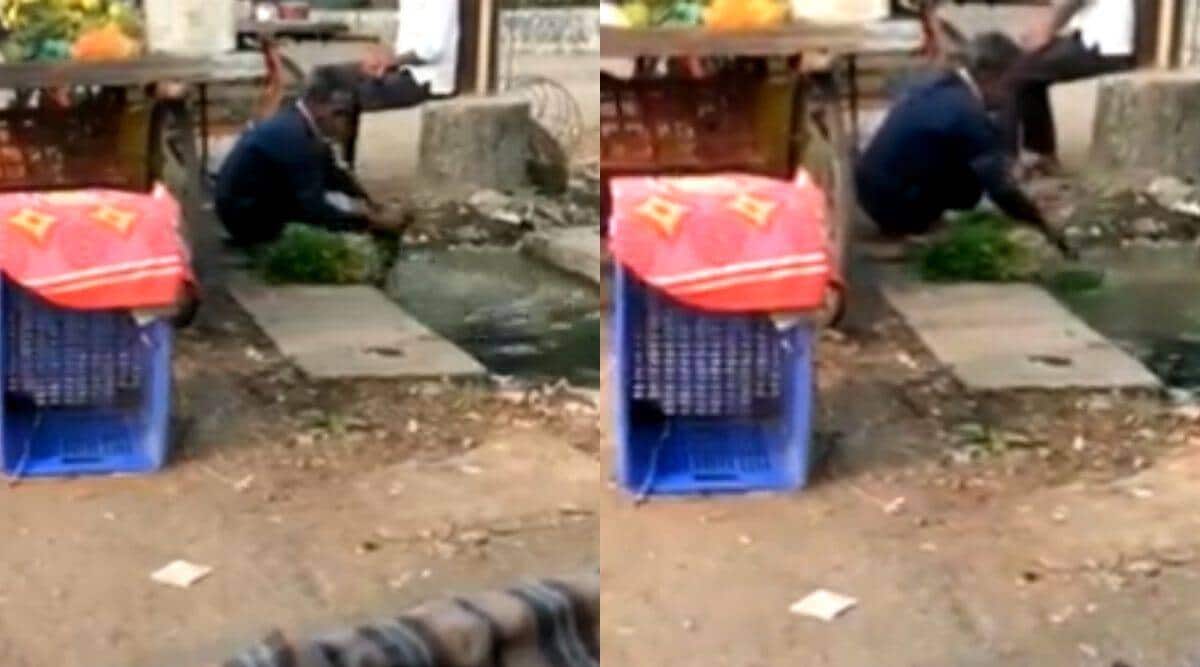 Many vendors say that the vegetables sold in the market are brought directly from the field. We also believe in it as we always take vegetables from there. However, a shocking development has taken place in Bhopal, the capital of Madhya Pradesh. Here a vegetable seller was seen washing vegetables in the gutter water. All these types of videos have gone viral on social media. This is the second such incident in Bhopal in the last two months. Therefore, people are asking the question when will these vegetable sellers, who are playing with the lives of the citizens, come under pressure.

The video that is going viral on social media is said to be of Rohit Nagar. According to the information received, these vegetables are sold in Rohit Nagar, Gul Mohar Market, Bitton Market. After this video went viral, people are asking how people can trust vendors when buying vegetables. Vegetables washed in sewage water are harmful to the body. While people are more concerned about health in the Corona period, people are angry that vegetable sellers are playing with the lives of citizens by washing vegetables in dirty water and selling them.

Eating such vegetables can lead to many diseases. The contaminated water, which has been stagnant for many days, contains a variety of bacteria, in which case washing vegetables and using them directly can lead to a number of stomach and liver ailments, say doctors.