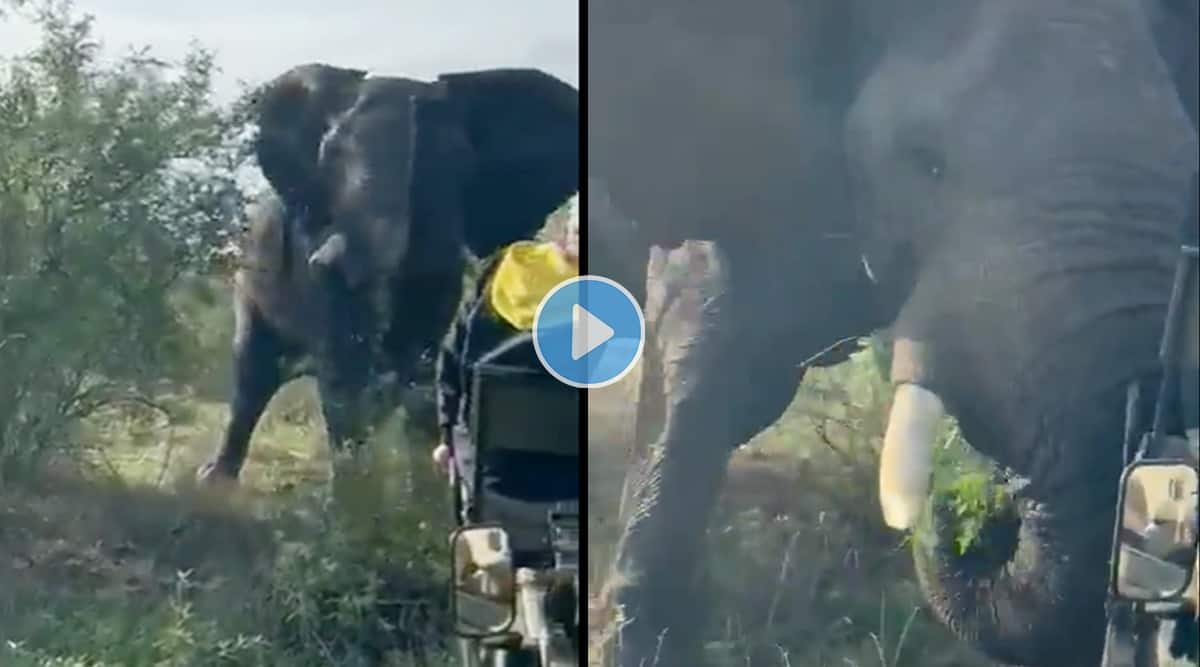 The jungle safari had been closed since the covid infection began. But now that the number of patients is declining, tourists are flocking out. A large crowd of tourists is seen for jungle safaris. However, the tourists who came for jungle safari had to face the wrath of elephants. The video of the incident is rapidly going viral on social media. Tourists sitting inside after an elephant attack on a safari truck, the guide is seen fleeing in this video. This video is from the Selati Game Reserve in Limpopo.

A group of tourists was traveling for the jungle safari as planned. Meanwhile, a herd of elephants came and attacked the vehicle. After that, only one person in the truck ran away. He jumped out of the truck and tried to save his life. Will Gajraj listen to anyone after coming to the forest ?. Straight attacked the vehicle and pushed to the side. This whole type is captured on camera.

Netizens are commenting on your guess from this video. Some people have suggested that elephants are powerful animals and should not be allowed to follow them.

The post Viral Video: Gajraj gets angry when he sees people coming for jungle safari; The tremors flew appeared first on Loksatta.