Home ट्रेंडिंग While the country is in mourning, Nusrat Jahan posted a bold photo.

Nusrat Jahan is a very beautiful and glamorous actress and MP. Nusrat has carved out a niche for himself in Bengali cinema. He entered active politics in 2019 and was elected as an MP from Bashirhat Lok Sabha constituency as a Trinamool Congress candidate. Nusrat Jahan is very active on social media.

Social Three always posts bold photos. Users appreciate this photoshoot. But from the photo posted this time, Nusrat is being trolled well. Nusrat had posted a similar photo on Wednesday (December 8, 21) evening. However, this time they were trolled not because of the bold photos, but because of the timing of posting such photos. 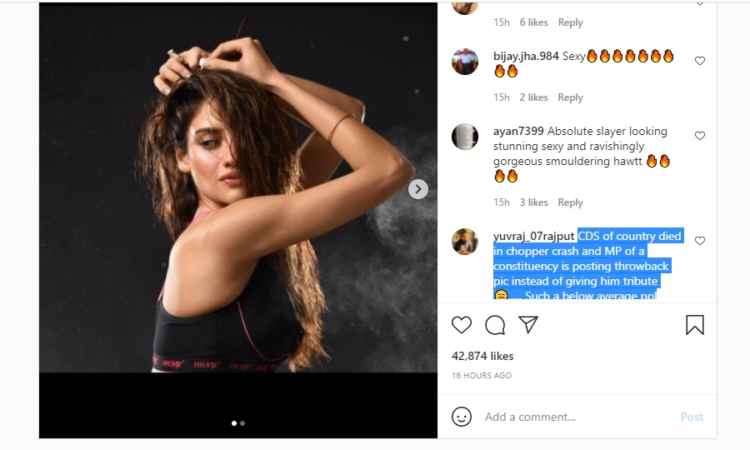 On Wednesday, the country’s CDS General Bipin Rawat died in a helicopter crash in Tamil Nadu. His wife also died in the same accident. Also, other army officers and soldiers lost their lives. This shocked the whole country.

Many leaders and celebrities, including Prime Minister Modi, Union Home Minister Amit Shah and Defense Minister Rajnath Singh, mourned Rawat’s death. However, this time MP Nusrat Jahan posted his bold photo and some people expressed their displeasure. At least remember that you are an MP.

After meeting Priyanka Gandhi, Raut says that .. in Congress and Shiv Sena ..